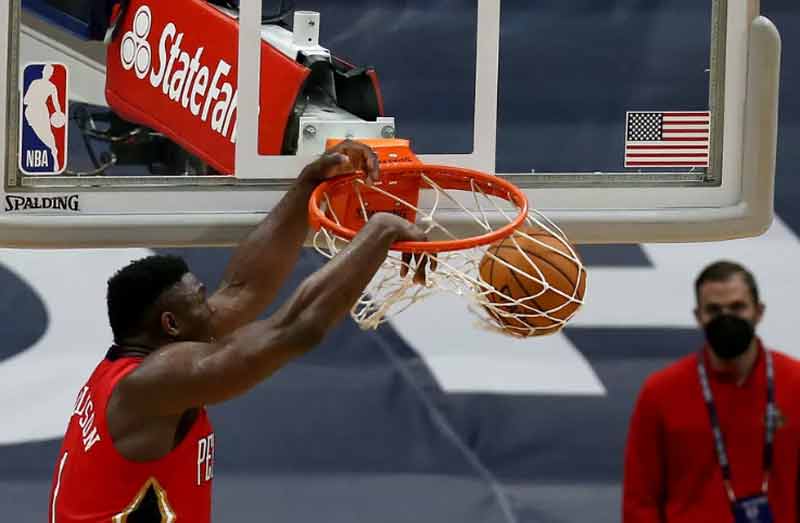 JD King from dukebasketballreport reported that Former Blue Devil Zion Williamson is on a really dominant role. He’s averaging nearly 17 ppg in the lane and outperforming everyone in the NBA in that regard.

JJ Redick commented on his teammate recently, saying that his favorite thing about Williamson is that he overwhelmingly scores with his dominant hand, his left.

Basically no one has been able to stop him and the Pacers couldn’t either.

Williamson hit 10-14 against the Pacers earlier this week and continued his much-improved free throw shooting with 9-11, finishing with 29 points.

There was one play that kind of stands out though.