Basically, in bicycles, four types of gear systems use and these gears are single speed, fixed gears, hub gears, and derailleur gears.

Most of the time people are confused about what type of gear does a bike use?

Gears are one of the finest parts of the bike. It makes the ride fast and smoother. when riders going to riding on the mountain, gears make the task lot easier.

When a riders move on pedals gears convert the force into a certain power force and that makes riding fast.

Changing the gears basically depends on what terrain you riding or the riding conditions there is a fact.

There are very few different types of systems that bikers use to change their gears and the most common one external drivetrain.

Maybe you riding on a mountain, BMX, or cruiser bike but there is not a big difference in bike gear you found.

At first, we are going single-speed system, with single speed there is only a single-digit gear ratio.

You have just one size of chainring at the front side and on the backside you have a second size sprocket. The backside sprocket has the capability to move or turn independently in reverse and this process is a freewheel.

With this freewheel, the wheel can frequently rotate and there is no need for the help of pedals and you can only do this with backpedal.

There are some single-speed gears that may also be fixed gear or fixie.

Fixed gear systems also have a single gear ratio and there are pedals that will frequently rotate even the stop rotating, most of the time it does not stop and the bike slightly moving.

There is also you have different type of hub gear system such as CVT (Continuously Variable Transmission) system and this process you don’t have any distinct exact ratios.

The gear ratio variable is changed by the lowest and highest ratio margin.

Finally, we talk about derailleur gears and this gear system is the most common one and there is lots of confusion about this system.

Maybe you don’t have hub gear but you want to ride with a different type of gear ratio then derailleurs is the best solution.

Derailleur system gear ratio basically changed by uplifting or decreasing the size of the rear sprocket or the front chainring.

The derailleur is only one system that performs this type of action it can pushing the chain off one sprocket/chainring to another one.

Derailleur gear system you see there are one or two derailleurs joined into the transmission line.

There are you have different types of derailleurs such as rear derailleur and front derailleur.

There is also a question coming on the gear I use what’s the number of it.  Such as if your bicycle has 3 speeds that means your bike only has one shifter and is labeled with 1-2-3. Riders can easily skip this part or section and can go with the next one.

When your bike has 10 or more speeds then you have a little bit tricky option because there is you have 2 shifters.

So for every number on the left speed, you have 6 different speeds on your bike right portion and total you 18.  So that’s the process of how speed gears work.

What Number Gear to Use When Going Uphill on a Bike? 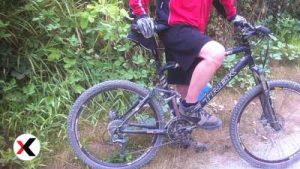 When you riding uphill, ride on with lower gears and that helps you to gain the highest RPMs and it produces more climbing power for your bike.

So that is the answer to what number of gear to use when going uphill on a bike?

Lower gear makes it easy when you climbing on the hill. Your bike lower gear is the tiniest chainring in the front part and the biggest cassette cogs in rear gears.

In lower gear position, it makes the pedaling so easy to climb uphill. There is a simple formula that can be used  Hill climbing = Low Gear = Easy

On the other basically, the highest gear on the bike manages with the largest chainring in the front and cassette smallest cog.

When you on a riding position pedaling becomes tougher because it usually not suitable for hill riding.

What Bike Gear to Use on Flat Road? 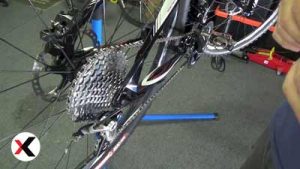 There is a question asking on cycling community frequently what bike gear to use on a flat road?

Basically, when you riding on flat terrain you should use the middle or largest front chainring and a range of the bike rear cogs.

The basic rule is to target the gear which allows you to pedal easily. If you trying to move hard your pedals, your pedal strokes become slow. So then you need to choose lighter gear.

What Is the Easiest Gear on a Road Bike? 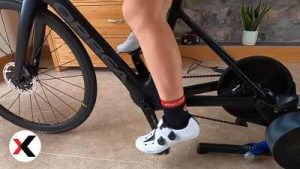 When you riding a road bike this question may be coming to your mind what is the easiest gear on-road bike?

After researching I have got the simple answer the easiest gear is when you found the chain is on the smallest ring in the front and the widest cog in the rear.

The fact is simple smaller chainring is easy to pedaling and on the other hand largest chainring is hard to pedal.

What Gear to Use When Going Downhill on a Bike? 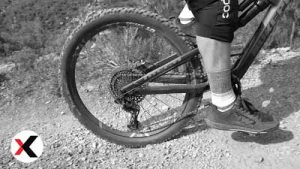 When you riding on mountains or hills you should use the smaller bicycle gear. There is lower bike gear manage with a smaller chainring with the largest cassette gear.

So that the simple answer is what gear to use when going downhill on a bike?

After climbing when you riding on downhills shift your gear position lower gear to higher gear. Higher bike gear contains the largest chainring and belongs to smaller cassette gear.

There is basically one main reason that why you need bike gears. By using bike gear your riding becomes more easy and comfortable especially when you riding downhill or uphill.

It’s a tricky question for beginner mountain bike riders what gear they need to use when they are on mountain riding. 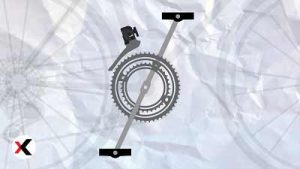 10 and 15 numbers gear bikes you don’t found the latest models bicycles.  There is a method is simple lowers numbers have lower gear and higher numbers have higher gears.

So the first gear that means the number one gear is lowered gears and 27 number is the highest gear.

When you move from one gear to another gear it’s called shifting gear. You can shift gears simply by sliding on the handlebars shifter.

Is 7 Gears Are Enough on a Bike? 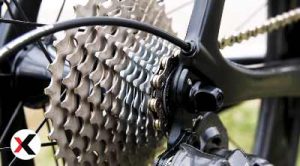 This process allows you swift and comfortable pedaling with the help of lower gear.

The higher gear gives the rider smooth movement on any type of terrain. The 7 speeds bikes have the special capability to ride on any terrain and while you riding it gives you the highest comfort.

If you talk about mechanism 7 speed is one of the standards and effective gear systems. This gear system is very easy to operate.

7 speed gears special mechanism allows riders to alter the external position of different sized clogs, so when you pedal your bike chain could be shift inside the derailleur.

If you are compared 7 speeds gear with 3 speed the 7 speed have all total components and these are more enough for a bike.

Gears are the most basic part of your bicycle. With bike gears basically, you control your speed and when you riding on uphill or downhill gears play a vital role.

So it’s very important to know how you can handle your gears and if you don’t may you can fall on accident such as fracture, head injury or road rash.

Bike gears are expensive so it’s important to take care of your bike gear.

So if you want to use your bike for long period then take care of your bike gear.

However, there is some basic thing you should know such as bike gear shifter, speed, how you can you move and lots of other’s thing.

Steve J. Robin is the Senior Mountain Bike Review Editor at Outdoorxsports. Steve has lived in Heron Way, Milwaukie for 15 years. Steve earned his Bachelor’s degree at the University of Wisconsin Milwaukee, which has extensive biking training facilities, he had taken up biking seriously as a teenager and later became obsessed with mountain biking. He is an obsessive mountain bike racer and rubbed shoulders with the bike and that he rides with, riding is so much more than a hobby for him with a mild addiction to Endomondo. On September 21, 2015, he released a five-and-a-half-minute mountain biking’s video on YouTube that was to change his biking life. The video got a few thousands of views overnight as of today– the world went crazy for Steve. Since the video went viral, things changed fast; Steve found himself featured in MTB-MAG, joined a production as a stunt man.