Skip to content
OutdoorxSports » Outdoor » Biking » Biking Tips » Trek Vs. Specialized: Which One Is the Best? 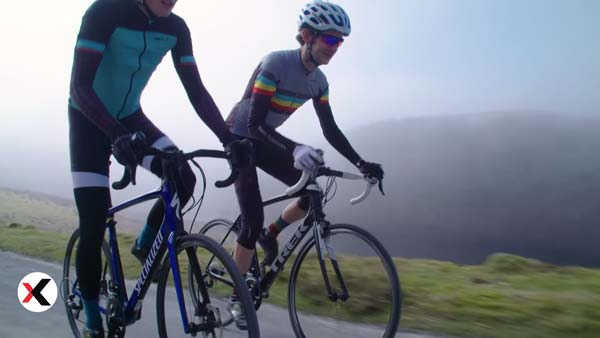 Quite difficult to judge which one is best. Yes, both the companies come with considerably the best manufacturers, types, and features.

Trek and Specialized have the fame that makes the task to declare one of them champion harder. Not like they do not have any difference. In some aspects, both are different.

In most of the mentionable aspects, they almost have similar abilities. As most of the components of the bikes the Trek and Specialized make are similar, and the prices of the bikes also seem to be similar or slightly more or less.

The principal difference both the bikes have been in their designs and different variety of geometry. Both companies make almost all types of bikes.

From beginner level to professional, all the kinds and types of bikes they make. The Specialized ones have a better reputation with their beginner level bikes.

On the professional level, both of them remain at the peak of choice.

When Are They Established?

Trek and Specialized are US-based bicycle manufacturers and almost established at the same time. Both of them are only two years older and younger from each other.

The company Specialized was established in 1974, and years later in 1976, Trek was founded as they both almost based in the same era.

The ideology and ideas of designs were parallel to both. Every bike belongs to these companies and has the best of the parts and components on them.

Difference by the types

The most known type of bikes Trek and Specialized make are the Road bikes and Mountain bikes. Disputes can be marked in two of them.

In the matter of road bikes, the manufactures and designs of almost all the well-known companies are quite the same as those bikes come with fewer components and features.

But in the case of mountain bikes, the significant differences are there to be located. In style, in design, in comfort, inbuilt. Things to differentiate are there in mountain bikes.

Trek and Specialized launch the road bikes in the category of Triathlon, cross bikes, and Track categories.

Below the differences of both types are discussed by categorizing different parts and components.

Differences Between the Mountain Bikes

Situations are getting more laborious when the approach is in search of differences between the Trek and the Specialized. Differences are there, but it is hard to find when you are in the level of beginner.

Only some expert hands can mark out the very few differences the bikes have. The differences seem mostly to be on the geometry and the placement of the components of the bikes.

The differences between both bikes can only be noted when they are practically used by the professional. And the comments on every bike can be changed according to their own choices.

The hardtail mountain bikes seem to be similar like the road bikes because of having fewer components. Some of the riders prefer different ones because of their taste or comfort and flexibility.

The full suspension mountain bikes have some mentionable differences as we have said earlier in their geometry and parts placements.

The most interesting fact that makes the Trek and Specialized most different and gives them individuality is, the Trek has the option for their customers to have their own customized bike which the customers will not be able to have with the Specialized ones.

Difference between the Rear Suspension of MTB’s

The mountain bikes by the Trek and Specialized have a big difference in the technology of their rear suspensions.

Both the companies use different looking and differently made rear suspensions and claims individually themselves the bests.

All the technologies are known best and also claimed best by the manufacturers.

The difference in Components and Materials

For the MTB’s both the manufacturers Trek and Specialized come with the almost same material and components. Most of their bikes are made with Aluminum which is very light in weight. Also, both of them use carbon fiber in the expensive bikes as the frame material. The medium-priced bikes come with the best quality lightweight frame materials and the beginner level bikes comes the aluminium a grade down from the medium ones.

The components of both bikes have nothing very much difference to mention. Both the companies almost use the parts of the same brand and company. As both of them are well-known brands in the world of bikes, they make no compromise with the quality of the components and other parts of their bikes.

As said earlier, both the companies come with almost all kinds of Mountain and Road bikes. Both the criteria they are famous and comes with beautifully designed bikes. In the matter of differentiating the types of mountain bikes it’s like:

The specialized hardtail bikes are more famous and most preferred by the expert at the beginning level. In professional level bike, both the companies have bikes available with almost the same features and geometry. The specialized hardtails are just preferred but it all depends on the rider’s comfort which one he gives the name of best. The Trek beginner level bikes are not so much reputed but also, they are right. We will prefer not to go for the very low-priced models. Some of the cheaper models are not so worthy because of their unhealthy performance in hard trails.

From the earlier discussions, we already know that in the race of full suspensions, both the companies use different technologies that are not less than any aspect from each other. Both Trek and Specialized are blindly reliable in case of the full suspensions. Except for the geometry, nothing is more differentiate able.

Difference between the road bikes

Both Trek and Specialized comes with the types of road bikes like Track racing bikes, Triathlon bikes, Cyclocross bikes. They have competing models of bikes in every criterion of road bikes. The most known models by the Specialized are the Vita, the Sirrus, etc. the most known models of the Trek are Lance Armstrong’s bikes, Fisher Road and others. They run parallel in the race of bikes.

The features of the bikes of both companies are also very similar to each other. In a matter of the groupsets, they use the Shimano components. And other attachments of the bikes also are the same and almost of the same quality. In the term of frame material, they both use Aluminum and Carbon fiber depending on the class and the price of the bikes. Most of the professional level bikes come with carbon fiber frames. All the bikes by these companies can be rated as the superiors as the experts say as well as the manufacturers themselves.

After other comparisons, the thing which almost everyone wants to know about is the comparison of price between these two companies Trek and Specialized.

As we have said almost in every aspect, both these companies come with nearly the same preference and technology. In the case of price, their concern is quite similar.

The bikes the companies Trek and Specialized make for beginner level bikers come around $650 to $700. Then the price starts to rise depending on the features.

The price of the bikes can rise to $10000 when coming to the Trek customized ones. The high-quality bikes by Trek sometimes cost way more than Specialized.

As said earlier, the Specialized is the better choice for beginner level bikes. Also, at the professional level, if the price is an issue, the Specialized ones are more preferred than the trek bikes.

Trek and Specialized both are brands and price may seem of these bikes a bit higher, but there is no compromise with the quality and built-in.

Not only the quality by names but also you will get the best of the components and other parts of the best level in these bikes.

The expert views on both Trek and Specialized

If we compare both manufacturers by the expert’s point of view, we may get similar results in both of the cases.

The comments on each brand actually depend; however, on the choices of comfort and flexibility of the rider. So famous both the companies became so long the debate gets.

Years after years, the crown of best is passed from one to others head. Every year the companies try to launch the best of the products which can beat each other in performance and quality.

To prove themselves best, no one is harming each other, but the quality of the bikes is rising, and the customers are getting benefitted.

Trek Vs. Specialized, both are the best. When the comparison is between the bests, it is harder than ever to compare. Both manufacturers offer the best of the products.

As it is one of the most frequently asked questions that which one is best, we tried our better to provide the most relevant and worthy information’s to help out our readers to solve the riddle.

So, we also tried to get feedback from the professionals and experts who actually used these bikes and also our expert team members tested some of the best products by these manufacturers.

No single information’s missed possibly to make this writing a worthier and to make it able to answer all the questions you have.

As the companies are not of today’s ones, thousands of best products have launched and marketed through the years. So, it is not possible to answer all the questions exactly. Some data may lack, and it is very normal.

If you find any lack of information, we are always happily ready to know your experience and feedback about our shortcomings.